Watch LaterRemove Cinema Mode
Facebook Twitter Reddit Pinterest Email
James Redfield is an American author, lecturer, screenwriter and film producer. He is notable for his novel The Celestine Prophecy, which was a novel of the New Age Movement. He speaks here about Unity and Oneness and where we're heading.

James Redfield is an American author, lecturer, screenwriter and film producer. He is notable for his novel 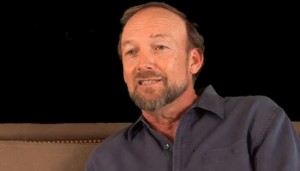 y, which was a novel of the New Age Movement.

Redfield is best known as the author of the best selling novel The Celestine Prophecy. He grew up in a rural area near Birmingham, Alabama. As a young man, he studied Eastern philosophies, including Taoism and Zen, while majoring in sociology at Auburn University. He later received a Master’s degree in counseling and spent more than 15 years as a therapist to abused adolescents. During this time, he was drawn into the human potential movement and turned to it for theories about intuitions and psychic phenomena that would help his clients.

In 1989, he quit his job as a therapist to write full-time, synthesizing his interest in interactive psychology, Eastern and Western philosophies, science, futurism, ecology, history, and mysticism.

When Redfield self-published his first novel in 1992 (Satori Publishing), the immediate interest from booksellers and readers made The Celestine Prophecy one of the most successful self-published books of all time. Warner Books bought the rights and published the hard cover edition in March 1994. The book quickly climbed to the #1 position on the New York Times Best Seller List. According to Publishing Trends, The Celestine Prophecy was the #1 international bestseller of 1996 (#2 in 1995). The novel spent over 3 years on the New York Times Best Seller List. As of May 2005, The Celestine Prophecy had sold over 20 million copies worldwide and had been translated into 34 languages. In 1996, the sequel, The Tenth Insight: Holding the Vision (Warner Books), also became a bestseller. The two books spent a combined 74 weeks on the New York Times Best Seller List, making James Redfield the best-selling hard cover author in the world in 1996, as cited in BP Report (January 1997).

In his non-fiction title, The Celestine Vision: Living the New Spiritual Awareness (Warner Books, 1997), Redfield explored the historical and scientific background of the “emerging spirituality” discussed in his novels. The Celestine series of adventure parables continued in 1999 with the publication of The Secret of Shambhala: In Search of the Eleventh Insight (Warner Books). In 2002, James joined author Michael Murphy and filmmaker Sylvia Timbers in a collaborative non-fiction work entitled God and the Evolving Universe (J.P. Tarcher).

James and Salle Redfield are the founders of the Global Prayer Project, a bi-weekly telewebcast which offers guided prayer and meditation.

How to Raise Your FREAK-quency